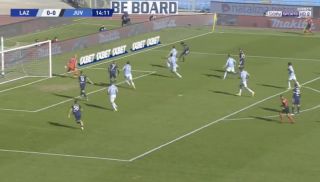 Juventus’ Cristiano Ronaldo has of course opened the scoring in the Old Lady’s tense Serie A tie with domestic rivals Lazio.

Ronaldo, 35, recently suffered a setback after a positive COVID-19 result meant the world-class forward had to isolate and subsequently missed a handful of recent games.

However, after returning back with a bang at the beginning of the month, the Portuguese attacker is on a mission to make up for lost time after being directly involved in three goals in his last two games.

Ronaldo’s latest heroics have come in his side’s Serie A match against Lazio after the attacker opened the scoring after just 15-minutes.