Valencia were presented with an opportunity to cancel out Karim Benzema’s opener when they were awarded a penalty in the 28th minute.

Lucas Vazquez was deemed to have handled the ball as he blocked Jose Gaya’s cross with the inside of his elbow, a penalty was awarded in a very harsh call.

Soler’s penalty was saved by Thibaut Courtois though, it was turned in by a Yunus Musah rebound, but the ex-Arsenal academy starlet was judged to have encroached in the box and a retake was ordered.

At the second time of asking, Soler made no mistake as he fired his penalty into the same side as before, this time Courtois couldn’t get a hand to it.

The powers at be couldn’t just take some time off with the VAR drama in the last big European league game before the international break could they? 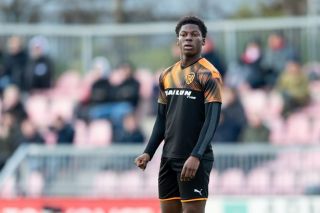