Former Chelsea pair Romelu Lukaku and Daniel Sturridge reminisced on old times with the Blues in the Belgian’s Instagram comments.

Lukaku and Sturridge were both unfortunate enough to be young strikers vying for game-time in a Chelsea squad which possessed Didier Drogba, Nicolas Anelka, Soloman Kalou and Fernando Torres.

Lukaku and Sturridge look to have grown close during their time at Stamford Bridge, as almost a decade on, they reminisced on old times in the Instagram comments of one of Lukaku’s Instagram posts. 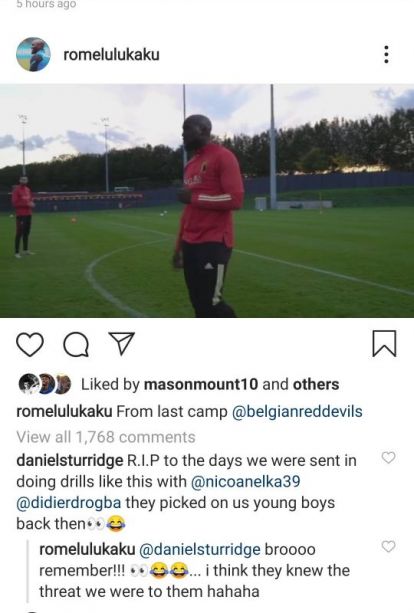 Lukaku is now one of the best strikers on the planet, while Sturridge finds himself without a club. Despite the latter initially hitting his stride before the big Belgian, their careers have gone in two completely polarising directions.