There’s some heavy competition for the most pointless game of this international break, but it’s hard to look past Portugal playing at home to Andorra.

The minnows were already well out of the game before Portugal decided to punish them further by bringing Cristiano Ronaldo on at half time, and he came up with a nice assist for Renato Sanches shortly after coming on:

Sanches is starting to bounce back from a couple of poor transfer choices and he’s showing he can still be that exciting box-to-box talent, so it’s good to see him getting among the goals, even if it means very little. 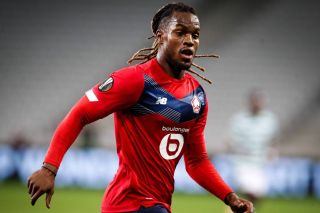