Manchester United are reportedly concerned that teenage sensation Mason Greenwood is at risk of throwing his career away, just like previous youth prospect Ravel Morrison.

Greenwood, 19, joined United’s youth academy in 2007 where he established himself as one of the club’s most promising talents after being directly involved in 56 goals in 47 youth appearances across all competitions.

After making his senior first-team debut at the back end of 2018, Greenwood has emerged as one of the club’s most prolific strikers and has even been compared, by fans, to the likes of Cristiano Ronaldo and Wayne Rooney.

However, after a series of off-field misdemeanours, most notably breaking COVID-19 protocols whilst on international duty with England (BBC Sport), the youngster’s behaviour is causing concern among the club’s hierarchy.

According to a recent report from The Mirror, United staff, including manager Ole Gunnar Solskjaer are growing increasingly worried that Greenwood is on the same path as previous starlet Morrison.

Morrison was famously tipped to become an Old Trafford great but shockingly failed to live up to the hype with the player’s attitude and behaviour constantly thrown into question.

The now 27-year-old currently plies his trade in Holland for ADO Den Haag, a world away from where the Englishman was predicted to end up.

However, with worrying similarities emerging between Morrison and Greenwood, according to the Mirror’s report, United staff have held a crisis meeting to try and work out a plan on how to keep Greenwood on the straight and narrow.

It is understood that even former legendary boss Sir Alex Ferguson has high hopes for the teenager who is considered to be a generational talent.

United will be hopeful they can work closely with their young talent to ensure his career does not take the same nose dive as Morrison.

England U21 omission could be the perfect timing for Man United’s Mason Greenwood to give him a break November 12, 2020 20:00
Manchester United FC 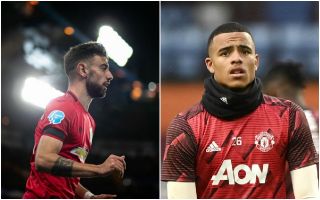