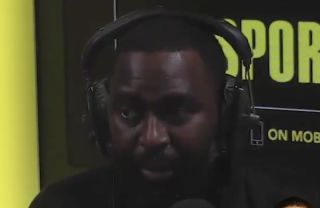 Former Manchester United striker Andy Cole was involved in a heated debate on popular football radio show TalkSPORT with Hugh Woozencroft after the host claimed Ole Gunnar Solskjaer will never be able to guide the Reds back to their glory days.

Cole, now retired, featured on TalkSPORT where he was embroiled in a heated debate with Woozencroft over whether or not Solskjaer can be the man to restore United back to their winning ways.

Woozencroft shockingly and rather sarcastically claimed that United failed to spend big bucks during the summer transfer window because they’re more concerned with ensuring the club’s ex-players publicly defend Solskjaer.

Elsewhere, Cole maintained the stance that Solskjaer deserves more time after showcasing a very respectable record after his first 100 matches in charge.

? “I know why Man United didn’t spend any money this summer…”

? “They’ve given it all to their ex-players to say Ole is the right man for the job!”

? “Keane, Scholes, Neville – no one wants Solskjaer out!

‘I think one of them will go’ – Pundit has noticed cracks in the Mane and Salah partnership at Liverpool Jan 24 2021, 8:03
Liverpool FC

‘Where would you play him?’ – Andy Cole can’t find a space in Man United XI for potential signing Jan 8 2021, 6:52
Manchester United FC