N’Golo Kante is back to his brilliant best for both Chelsea and France – and this stat shared by @PurelyFootball on Twitter shows it.

Kante has been regarded as one of the best midfielders on the planet for some time now, but after four years of virtually uninterrupted success, the Frenchman struggled last term.

For the first time in his career at the top, Kante struggled with form and fitness, with recurring injury problems meaning he was in and out of the Chelsea team for much of the campaign.

The World Cup winner looks as fit as ever this term, and if this stat tweeted by @PurelyFootball is anything to go by, is hitting his stride just in time for next summer’s European Championships.

• Most tackles and interceptions combined of midfielders in the Premier League:

• Most tackles and interceptions combined of midfielders in UEFA Nations League A:

Back to his best. ? pic.twitter.com/7NriBGnvMr

Historically, when Kante has been at this level of performance, both France and Chelsea have been successful in landing major honours. Let’s see if history repeats itself this time around… 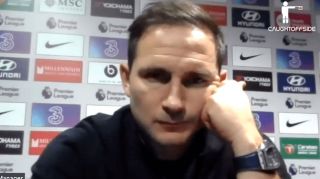