According to the Mirror, Joao Santos, the agent of Chelsea star Jorginho has suggested in an interview with Calciomercato.IT that the midfielder could reunite with Maurizio Sarri at the Italian’s next club.

Santos insists that Jorginho is ‘happy’ under Frank Lampard at Chelsea, with the midfielder starting nine of the Blues’ 13 matches across all competitions so far this season.

Jorginho joined Chelsea after Sarri’s appointment in the summer of 2018, with the west London outfit parting with £57m to recruit Sarri’s trusted favourite from Napoli, as per the Independent.

Santos notes the pair’s ‘personal and professional’ relationship is the reason why Jorginho could reunite with Sarri at the 61-year-old’s next club, providing that it’s one of Italy’s big teams.

Whilst Jorginho’s role as Sarri’s on-pitch general was a key factor in his career-defining move to Chelsea, this status also left the midfielder to face the brunt of the criticism when things weren’t good. 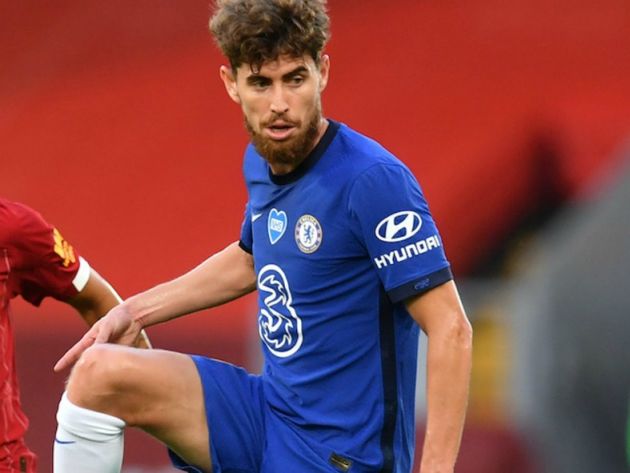 Here’s what Santos had to say on Jorginho to Calciomercato.IT (some quotes translated by the Mirror):

“He’s very happy with Frank Lampard, the new signings have entered well. Chelsea can do even better than last season.”

“Almost all the Italy players are in Serie A, as it’s an important league. But, his path led him to Chelsea. In Italy there are 5 important teams, he was Napoli which is one and then he went to London.”

“If Maurizio Sarri had remained, perhaps he’d have joined Juventus.”

“Jorginho has a personal and professional bond with the coach that is very strong. We’re waiting to see where Sarri goes, and if it’s a big club in Italy, Jorginho could follow him.”

Sarri went on to manage Juventus, but was sacked after the side crashed out of the Champions League in a shock defeat to Lyon.

Jorginho deserves credit for showing that he was more than just Sarri’s most trusted figure on the pitch, as he combated the critics with solid displays as a key player in Lampard’s first season.

Despite that, the Mirror report that Chelsea were open to selling the deep-lying midfielder this summer, nevertheless Jorginho remains a key figure for now.