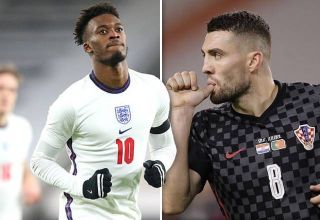 Squawka have listed every Chelsea player to score for their country over the international break – and it’s safe to say it’ll put a smile on the face of Frank Lampard.

Chelsea were one of the Premier League’s in-form teams heading into the break. It’s every manager’s worst nightmare, though, their players joining up with their national teams and returning in worse shape than when they left.

While Lampard will no doubt have been fearing that would be the case, especially considering the fixture congestion his players have had to endure, so far it’s only been good news from a Chelsea perspective over the break.

Have a look at this list compiled by Squawka of all the Chelsea representatives who have netted since joining up with their respective countries. Even while away from Stamford Bridge – they remain in scintillating form!

Lampard will be hoping that they can carry that back into club level when Chelsea meet Newcastle on Saturday’s early kick-off, with his side having the chance to go top of the table.