According to Italian outlet Calciomercato, Liverpool have offered reliable midfielder Georginio Wijnaldum a new contract worth £105,000-a-week in a bid to tie down the ace’s future at the club.

Wijnaldum, who also goes by Gini, already has a three-year offer on the table from the Reds that would see his current £75,000-a-week deal raised by £30k-a-week.

Calciomercato report that Inter Milan have joined Barcelona with an interest in signing the recently turned 30-year-old on a free transfer, with Wijnaldum able to negotiate a pre-contract from January.

The Italian outlet add that money isn’t the sole factor for Wijnaldum as he gears up for the last big European contract of his career – as the Dutchman is attracted by the prospect of playing abroad after a total of six years in England with the Anfield outfit and Newcastle.

Calciomercato state that Wijnaldum will not make a decision until he has all proposals on the table, with Liverpool already making their offer, the ball now seems to be in Barcelona and Inter’s court. 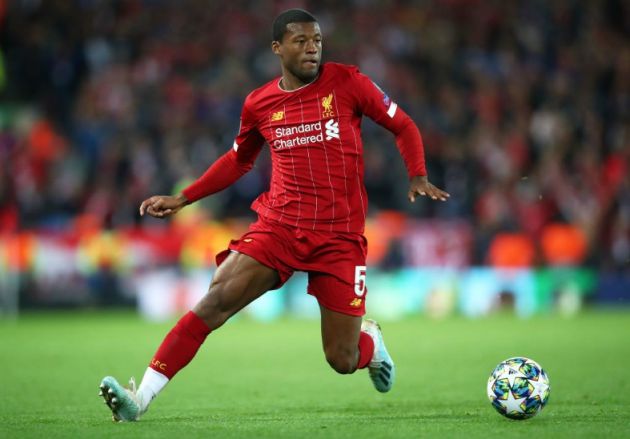 Georginio Wijnaldum has been a wonderful servant to Liverpool.

Barcelona will continue to be linked with Wijnaldum now that Ronald Koeman is boss, the all-around midfielder was one of the first names to be linked with the Catalan outfit after his former national team boss finally got the chance to manage the club that he establish legend status at in his playing days.

Koeman even confirmed that he wanted to sign Wijnaldum this summer.

Wijnaldum showcased his ability to the Reds and suitors during the international break, by capping off two brilliant team moves for the Netherlands against Bosnia. Here’s one and here’s the other.

The 30-year-old, who is a favourite of Jurgen Klopp and clearly a key figure in the dressing room, is also wearing the armband for Holland after Virgil van Dijk’s long-term knee injury.

The star’s started 10 of his 13 appearances across all competitions for Liverpool so far this season, with Wijnaldum’s next outing to be his 200th for the Merseyside outfit.