Arsenal winger Willian will have to test negative for COVID-19 before he is allowed to train with his teammates, according to the Telegraph.

Willian signed for the Gunners over the summer transfer window, with his contract with Chelsea having come to an end after a hugely successful seven-year stint with the Blues.

The Brazilian won two Premier League titles during his time at Stamford Bridge, experience which could prove invaluable as Mikel Arteta looks to replicate that feat at Arsenal.

MORE: Arsenal star explains how Mesut Ozil has responded to being frozen out by Mikel Arteta

However, even if Willian is a very experienced player, he’s been pretty naïve over the international break. The Telegraph report that he’s jetted off to Dubai while many of his teammates joined up with their national teams.

As a result, according to the report, he will have to undergo a coronavirus test and produce a negative result before he is given the go-ahead to re-join his teammates at the Arsenal training ground.

In the midst of a global pandemic, it’s hard to see why Willian saw now as the perfect time to take a holiday… 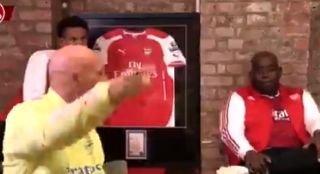 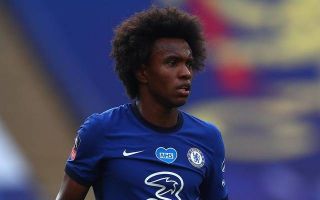 ‘We can win the league’ – Arsenal ace believes the Gunners can go all the way under Mikel Arteta November 7, 2020 10:01
Arsenal FC