According to the Athletic (subscription required), Championship side have actually made a contract offer to high-profile free against Mario Balotelli.

This comes after shock reports last night that the Oakwell outfit held talks with the 30-year-old regarding a potential move.

The Athletic report that Balotelli is still considering all of the options available to him, which is certainly somewhat promising for Barnsley.

With the Athletic pointing out that Balotelli has a pre-existing relationship with Barnsley’s owners owing to the fact that Chien Lee owned Nice a few years ago, the rumours actually make a lot more sense.

It’s added that Balotelli has been training with Serie D team Franciacorta this month. 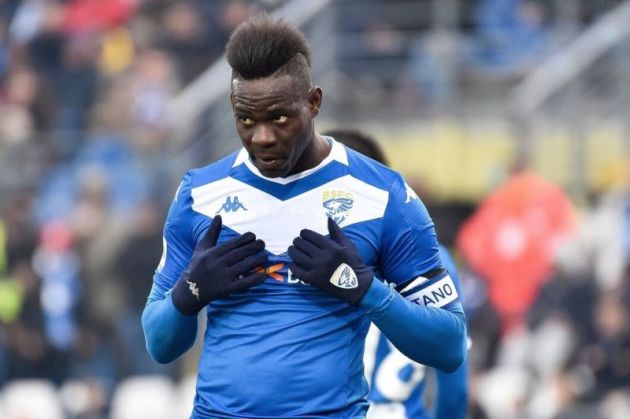 Balotelli looks to have become a quality journeyman striker.

Balotelli was with Brescia last season and left following their relegation, the centre-forward was also subjected to vile racist abuse last term.

Balotelli looked like a quality player once again after he sealed a permanent exit from Liverpool to Nice, he enjoyed two solid seasons, but his contract stance and rift with Patrick Vieira led to him moving to Marseille in January 2019.

The former Inter Milan, Manchester City and AC Milan ace won back a place in Italy’s national team during the summer of 2018, but that unfortunately didn’t last long.

Balotelli only managed five goals for the relegation-doomed Brescia last term, but was fruitful during his six-month spell at Marseille with eight goals in just 15 games.

It would be amazing to see Balotelli turn out for Barnsley, that would be a massive boost for the Championship and would give the side a proven goalscorer.