Manchester City and Bayern Munich are reportedly set to battle it out in the race to sign Borussia Mönchengladbach defensive midfielder Denis Zakaria. However, La Liga side Atletico Madrid could scupper both side’s plans as Diego Simeone seeks a replacement for the recently departed Thomas Partey.

Zakaria, 23, joined Gladbach from Swiss side Young Boys in 2017 in a transfer which cost the Bundesliga side just £10.8m, as per Transfermarkt.

After a hugely impressive three-years in Bundesliga, the Swiss midfielder has emerged as one of Europe’s most gifted defensive midfielders.

Zakaria has featured in a total of 96 matches in all competitions for Gladbach, including six appearances in the Europa League.

However, after such a surge to the top of European football prominence, Zakaria’s time with Gladbach looks to come to an end as his current deal, which expires in 2022, is putting some of the sport’s biggest clubs on red hot alert.

According to a recent report from Calcio Mercato, Gladbach’s 23-year-old midfielder has become a transfer target for Bayern Munich and Man City.

It has been reported by the popular Italian outlet that Zakaria has refused to extend his current deal which could prompt the likes of Bayern Munich and Man City to make an official approach.

However, CaughtOffside has recently obtained information from a source close to the player who has confirmed that another club in the hunt for Zakaria is Atletico Madrid.

Simeone’s Spanish outfit are desperately seeking a long-term replacement for the recently departed Partey who joined Arsenal earlier in the summer. 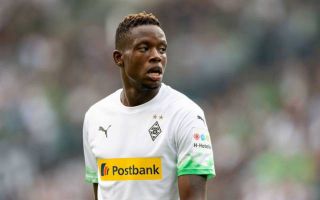