Liverpool may reportedly be interested to know about Adama Traore’s contract situation at Wolves.

Goal report that the Spain international’s contract talks at Molineux have stalled due to a lack of playing time this season, with the same outlet noting that Liverpool have been among the clubs linked with him in recent times.

Goal add that Traore’s current deal runs until 2023, but it’s suggested he’d only sign an extension if he could be guaranteed more starting opportunities, so that could at some point put his future in real doubt.

Traore has largely impressed during his time at Wolves and looks like a player who could easily make the step up to playing for one of Europe’s top clubs.

Liverpool don’t exactly need new attacking players as a matter of urgency, but one imagines the Reds would benefit from more depth in that area of the pitch.

It’s been a difficult season so far for the Premier League champions due to injuries, and they’d surely suffer if they lost Mohamed Salah or Sadio Mane for any extended period, as they have with Virgil van Dijk at the back.

Traore also seems an ideal fit for Jurgen Klopp’s style of play, and would likely link up well with former Wolves team-mate Diogo Jota, who made the move to Anfield in the summer. 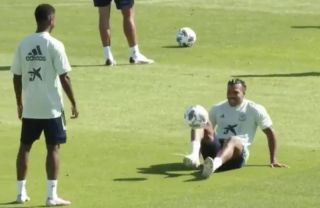