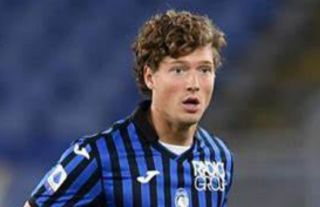 The game between Atalanta and Liverpool was a fascinating one on paper, especially when you consider that the Italian side score so many goals and Liverpool looked like they were there for the taking in defence.

That went out the window when Liverpool completely dominated the game and won 5-0, so you could understand that the Atalanta players feel they didn’t give a proper account of themselves.

Jurgen Klopp’s men look fairly certain to sail through after winning their first three games, but Atalanta and Ajax are tied on four points so there’s still a lot to play for.

READ MORE: Video: ‘Just between Mo and me’ – Klopp refuses to admonish Liverpool star in public

Striker Sam Lammers has explained that his side didn’t play to their full potential at all, so they do still believe they can go to Anfield and get something.

Football Italia picked up some of his comments about the return fixture, and it does sound like they think they can do much better:

“Against Liverpool [in Bergamo] we didn’t play as we know. It will be a different game in England and we’ll play to earn points. It’s going to be a great match for our qualification.

“It is realistic to think the Ajax game will be very important as they are direct opponents. But all the games are crucial, we’ve had a good start and we are in race to qualify [for the last 16 stage].”

The reality is that they need to beat Ajax and Midtjylland and the Liverpool game would simply be a bonus, but hopefully they do find a way to make the clash at Anfield a bit more exciting than the first game.