Former Arsenal manager Unai Emery could reportedly end up playing a role in spoiling the club’s transfer plans in a big way.

The Gunners have Dani Ceballos on loan from Real Madrid again this season, with the Spain international first brought to the Emirates Stadium by Emery last year.

Mikel Arteta chose to bring Ceballos back for a second spell after some impressive form, but OkDiario now claim he could be used by Real Madrid in a swap deal for Villarreal defender Pau Torres next summer.

The report states that Emery, now in charge of Villarreal, could be keen on working with Ceballos again, so this could undoubtedly be a big blow for Arsenal if the La Liga clubs can reach an agreement.

Arteta would do well to try landing Ceballos on a permanent deal, but it’s understandable that Real might want to use him as bait to land a quality centre-back like Torres.

Los Blancos could do with a long-term replacement for Sergio Ramos, and Ceballos seems likely to make way at the Bernabeu after struggling to ever establish himself in the Madrid first-team. 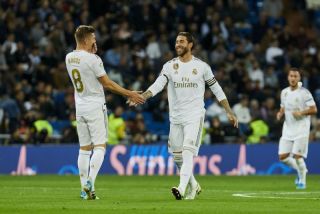