According to the Mirror, whilst working as an analyst on BBC’s Match of the Day, Arsenal legend Ian Wright has suggested that the penalty technique that Bruno Fernandes uses should be banned.

Wright believes that penalties are already too ‘difficult’ for goalkeepers, adding that the fact the taker is allowed to be ‘jumping up’ in their run-up, whilst the keeper can’t move is not ‘fair’ at all.

Fernandes’ involvement in penalties was the key in Manchester United’s controversial 1-0 win against West Bromwich Albion last night, just minutes after the playmaker saw a conceded spot-kick overturned, the Portuguese attacking midfielder scored the decisive goal with a retake.

Albion stopper Sam Johnstone, a graduate of United’s academy, looked to have enjoyed a dream moment when he saved Fernandes’ first attempt, but the current set of rules in football meant that a retake was ordered as the ace was well off his line. 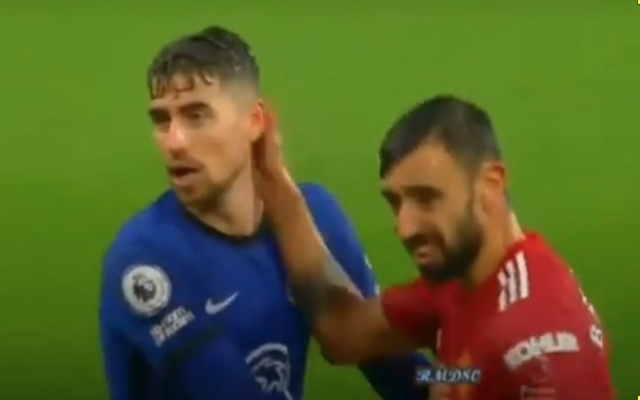 Fernandes and Jorginho have been two of the top-flight’s most prolific penalty takers since they arrived.

Here’s what Wright had to say on the matter:

“It is [difficult for goalkeepers], and then you’ve got forwards jumping up, doing this, doing that sort of stuff and the goalie can’t move his foot off.”

“They should stop people jumping and that, they should have to make a full… just run at the ball and hit it. If they can move and the goalies can’t, that’s not fair.”

Presenter Gary Lineker interjected with: “Are you going to have a law that says you can’t jump?”

Wright: “Yeah, you have to go straight through your penalty run-up, no jumping.”

The media will likely construe Wright’s comments as an attack on Fernandes, as well as Chelsea midfielder Jorginho who first popularised the hop-skip technique, but the former England international is actually pointing out that the current set of rules aren’t fair on goalkeepers.

It is harsh that these kind of stutter-step techniques are allowed to draw out movement from keepers – thereby allowing takers to slot the ball out of harm’s way – whilst stoppers aren’t allowed to move at all.

Hopefully, as this was a high-profile incident including one of the world’s biggest clubs, the outrage after the fact will encourage the powers at be to level the playing field with a better set of rules.