One of the worst things about this season has been the absolute mess that the handball rule has become.

We used to see the occasional dubious decision but it was largely acknowledged that nothing would be given unless it was deliberate or if a defender was taking the mick with their arm positioning.

We’ve moved to a point where you fear the worst when a ball even goes near an arm, so this is the kind of call that you expect to be given now:

Should Joel Matip have been penalised for this handball? ?#LIVLEI pic.twitter.com/wvqrpY1SOV

It does hit his hand bit it also looks clearly accidental, while VAR did have a brief look but ruled that this was not a foul. 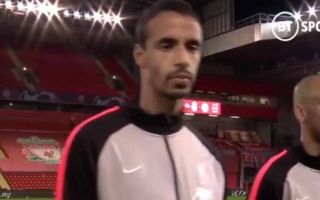