The Senegal international has shone for Chelsea so far this season, looking the perfect signing to replace Kepa Arrizabalaga in goal after the Spain international’s nervy performances in the last two years.

Hudson is understandably pleased with how Mendy has settled, with the new ‘keeper clearly providing some much-needed calm to this Chelsea back-line after their poor performances in that department last season.

The Blues now look a more solid outfit and may even be starting to look like genuine title contenders after some generally strong business in the transfer market this summer.

Mendy has been an important purchase for Chelsea, and Hudson says it may now just be that Frank Lampard needs one top signing at centre-back to complete the puzzle.

“Mendy has been like signing Petr Cech years ago,” Hudson told CaughtOffside. “He brings more than goalkeeping to the table, he is Mr Cool, as he does things with ease and with no fuss. 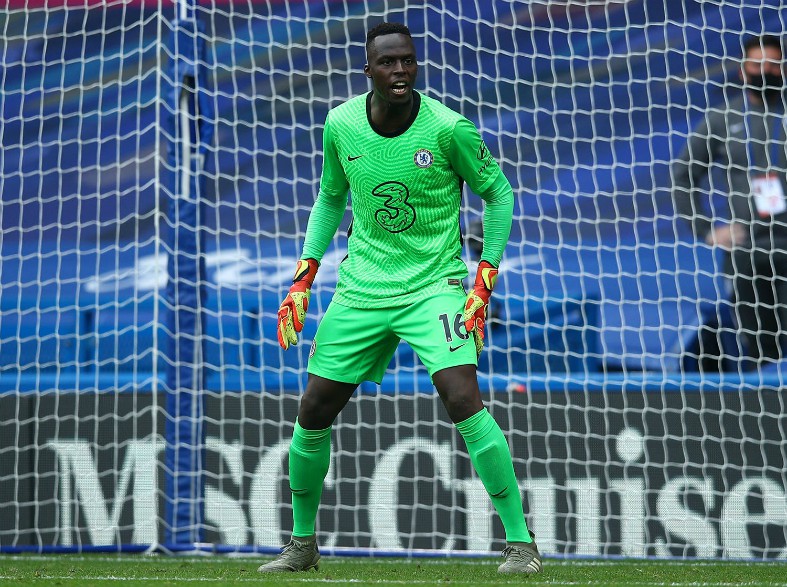 Edouard Mendy in action for Chelsea

He added: “I had certain doubts about their title chances early on, but I believe if they can sort out their centre-half situation they have a fantastic opportunity of pulling off what would be a dream title for Frank.

“It will come eventually, but he needs a Van Dijk-like figure at the back. The goalkeeper has put a halt to the mayhem at the back and (Thiago) Silva is beginning to look a terrific acquisition.”