The Portugal international joined Liverpool from Wolves in the summer in what was a fairly low-key move at the time, but he’s been on fire in the early part of the season with eight goals to his name already.

MORE: Pundit names the Liverpool star who is a manager’s dream

On top of that, Jota has scored in each of his first four home league games – something that had never previously been done by a Liverpool player before.

It’s clear Crooks has been impressed by the 23-year-old, as he included him in his latest team of the week column and gave him huge praise in his article for BBC Sport.

“The impact Jota is having on Liverpool since his arrival on Merseyside has been quite extraordinary,” Crooks said.

“It normally takes a player anything up to three months to settle into a new team, particularly if that arrival is after the season has started. Kevin Keegan and Kenny Dalglish had similar impacts when they arrived at Anfield in the 1970s but there are not many like that.

“Portugal striker Jota has not only hit the ground running, he’s setting records. Four goals in four consecutive games at Anfield gives you some indication of his influence. 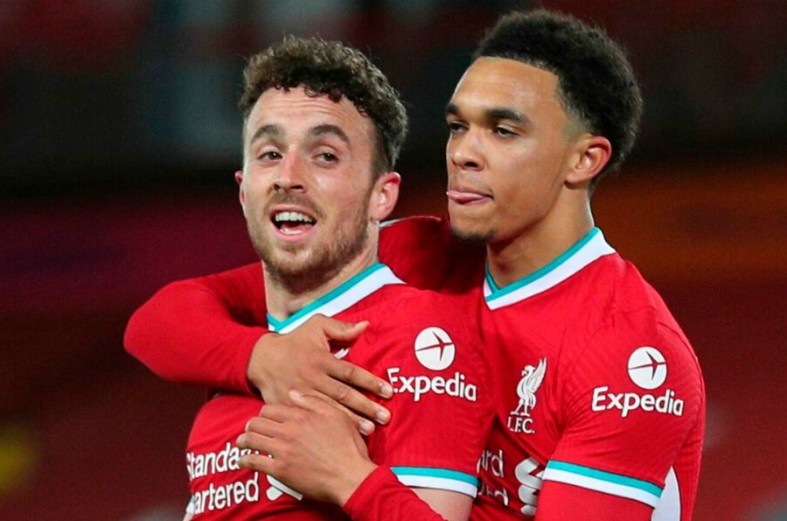 Diogo Jota has been a huge success at Liverpool so far

“Leicester, who have been tipped as one of the teams that might compete with Liverpool for the title, looked ordinary at best and even out of their depth on occasions. The main reason was due to their inability to handle Jota, who looked electric.

“Jota’s arrival at Anfield just might be the reason they retain the title.”

Liverpool fans will certainly be thrilled with their new signing, with Jota surely performing above even the most optimistic fans’ expectations so far.

It’s no easy task when you’re competing with a front three like Mohamed Salah, Sadio Mane and Roberto Firmino, but Jota has already shown he fully deserves to be a regular starter for Jurgen Klopp’s side.