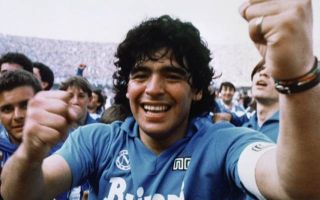 Players, managers and others with football affiliation across the globe have paid tribute to Diego Maradona after the Argentine died aged 60.

As reported by the BBC, Maradona passed away at home in Buenos Aires after suffering a cardiac arrest.

Maradona is an immeasurable loss to the football world, with the 1986 world champion being one of the greatest, if not the greatest, ever to take to the pitch.

His mazy dribbling, refined finishing and hugely eccentric personality made him like no other. Plenty will try, but all will fail, to replace Maradona. He was one of a kind.

His death has sent shockwaves around the football world, with many taking to social media to pay their respects to the Argentine.

Find below a series of posts from players, managers and more, with everyone coming together to celebrate the life and success of one of football’s finest.

This post from Lionel Messi translates as: “A very sad day for all Argentines and for football. He leaves us but does not leave, because Diego is eternal.

I keep all the beautiful moments lived with him and I wanted to take the opportunity to send my condolences to all his family and friends. RIP”

CR7’s post translates as: “Today I say goodbye to a friend and the world says goodbye to an eternal genius. One of the best ever. An unparalleled magician. He leaves too soon, but leaves a legacy without limits and a void that will never be filled. Rest in peace, ace. You will never be forgotten.”

The opening line of this post from Neymar says it all, but the rest translates as: “You will always be in our memories, you left your legacy. Football thanks you. Rest in peace legend.”

Pele, for whom Maradona was a rival for the GOAT status, writes: “What sad news. I lost a great friend and the world lost a legend. There is still much to be said, but for now, may God give strength to family members. One day, I hope we can play ball together in the sky.”

If that doesn’t bring a tear to your eye, nothing will.

Rest in peace, Diego Armando Maradona. You are eternal. pic.twitter.com/qHN7Qc4oxa

We know for certain these two are having a kickabout up there.

A hero for an entire country and football itself.
One of the greatest players to have graced the game of football, and we were lucky enough to enjoy you at Sevilla FC.
Diego Armando Maradona, forever eternal.
Rest in peace. pic.twitter.com/BXHNC51vxe

The world awaits our words but there are no words to describe the pain we’re going through. Now is the time to grieve.
Diego ? pic.twitter.com/40TTOIDNQ4