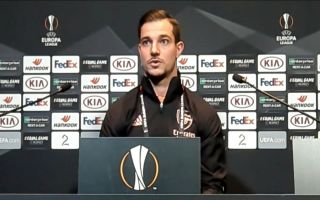 At the end of Arsenal star Cedric Soares’ pre-match press conference ahead of tomorrow’s Europa League tie against Molde, the ace was alerted to the passing of Diego Maradona.

The journalist, Elizabetta, cited the initial news coming out of Argentina – which was unconfirmed at that moment in time – which of course caught Cedric off guard as his eyes popped out of his head.

She asked for the full-back to share some Maradona memories, but the Arsenal media team rightfully interjected and insisted they could say nothing as the news wasn’t verified at that moment.

Cedric, like the rest of the football world, paid tribute to Maradona with a post on social media just before 7pm. The 60-year-old all-time great died after a cardiac arrest.

Cedric Soares was alerted to the first news of Diego Maradona's heartbreaking passing during his pre-match press conference ahead of Arsenal vs Molde… pic.twitter.com/SgNxgDCy6N

We’re sure that the journalist in question didn’t mean any ill intent by raising this, but it wasn’t really the time or place to put Cedric on the spot. 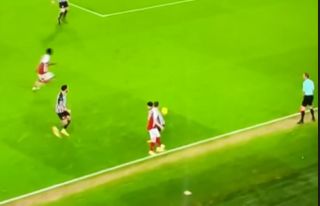 Arsenal slammed over “joke” signings and “nonsense around the club” December 8, 2020 6:24
Arsenal FC