Jordan Henderson has taken to Twitter to send a three-word message to Liverpool fans in wake of their 2-0 defeat to Atalanta midweek.

Jurgen Klopp’s men have been virtually unbeatable at Anfield over the past two seasons, but Serie A outfit Atalanta proved too hot to handle for the Reds, picking up what could prove to be a crucial three points in their efforts to progress to the Champions League knockout stage.

While the defeat will not have any real negative impact on Liverpool’s own hopes of progressing, as they will likely still do so as group winners, it’s concerning to be beaten on your own turf without having a shot on target, especially when you’re the reigning Premier League champions.

Liverpool have had their fair share of injury problems of late, though. In addition to their crisis at the back, which has been covered enough, influential captain Jordan Henderson has been missing from action. The England international has had injury problems of his own so far this term.

However, Henderson is now back in the mix. He revealed that by posting a picture of him in Liverpool training gear at their new AXA facility, sending a three-word message to the Liverpool faithful. That ought to be encouraging – they’re in safe hands when he’s on the pitch. 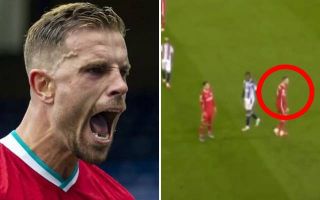 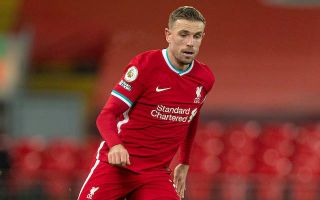