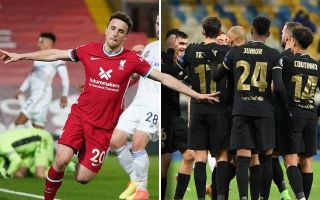 Twitter user @CoeffiAnalysis has given an update on the UEFA coefficient standings, and it still makes for good reading for Premier League clubs.

If you’re not familiar with the UEFA coefficient or it’s significance, it’s essentially the formula that decides how many European qualification spots will be offered to each respective country, based on their performances in the Champions League and Europa League in the seasons prior.

As you’d expect, it’s Europe’s traditional top five leagues that lead the way, but the order shuffles from time to time.

While the Premier League used to stand proud at the top, La Liga has seized control in recent seasons. However, it looks as though the gap is closing. Here’s the latest standings, as provided by @CoeffiAnalysis on Twitter, it shows England just 1.459 points shy of Spain.

Who stands top come the start of next season will be determined by English and Spanish club’s performances throughout the current campaign.

With all four Premier League teams looking likely to progress to the knockout stages of the Champions League, and three in the Europa League, it’s not a bad start at all.

Although, Spain boast the exact same number of teams currently in qualification positions in their groups. It’s very much all to play for..