Arsenal star Pierre-Emerick Aubameyang has appeared to aim a clear dig at manager Mikel Arteta for playing him out of position.

The Gabon international has spent most of his career playing as a central striker, and scored bucketloads of goals for both Borussia Dortmund and Arsenal in that role.

MORE: Freddie Ljungberg opens up on the reasons why he had to leave Arsenal

However, in more recent times we’ve seen Aubameyang shifted out wide by Arteta – a move that worked well for the team last season but which seems to have since been worked out by opposition sides.

Aubameyang insists he’s happy to play wherever Arteta wants, but he suggested he’s not actually that content with it as he said everyone knows where he prefers to play.

“Everyone knows where I prefer to play but this doesn’t matter because I prefer to have many options than just one.

“I want to help and I want to learn as well. Because you learn every day even if you are young or maybe older, but I’m still learning and I feel good everywhere.

“[You learn because] your movements are different if you play, for example, on the left. You have to play sometimes more in the pocket to try to connect with the midfield players. 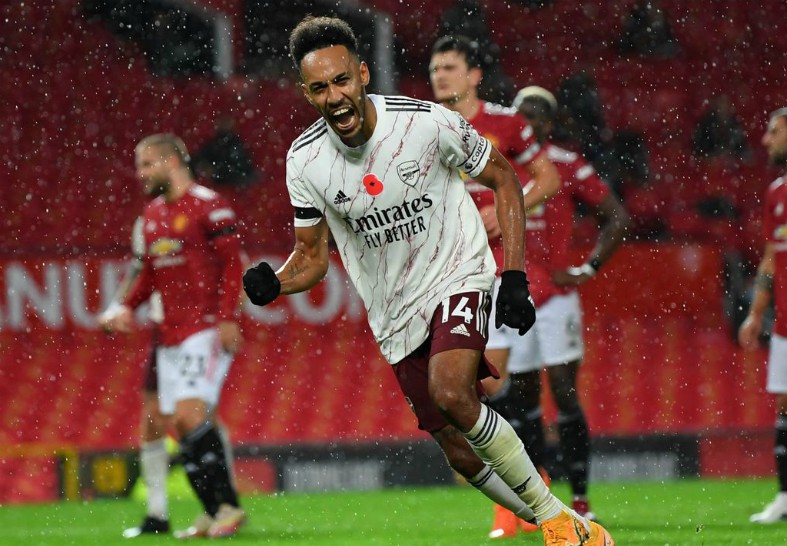 “And it’s maybe different with the striker position, as a No 9. It’s completely different, sometimes you have to be wide, but when you are a striker you are more central and it’s really different.

“But I’ve learnt a lot of things since I’ve been playing on the left side. It gives me opportunities because a lot of defences are attracted by the No 9.

“Laca and Eddie are doing a great job and so they leave space for us sometimes to come and run in behind the defence. So of course it’s helped me and I’m still learning as a left winger.”