The report explains that Klopp is looking at a number of Bundesliga-based players at the moment, following his summer raid on Bayern for Thiago Alcantara.

Klopp also looked at Timo Werner before his move to Chelsea, while Kimmich is now on his list of targets along with RB Leipzig defender Dayot Upamecano, according to Don Balon.

Liverpool fans would no doubt be happy to see Kimmich at Anfield, with the Germany international showing himself to be a tremendously intelligent and versatile player in his time at the Allianz Arena.

Still only 25 years of age, Kimmich has already played 233 games for Bayern in all competitions, winning five Bundesliga titles and the Champions League, alongside other major honours. 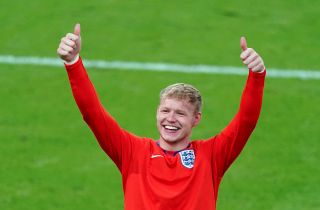 Primarily a right-back, Kimmich can also play in midfield and could be a hugely useful signing for this Liverpool side after their recent struggles with injuries.

One imagines, however, that it will be very difficult to persuade Bayern to let such an important player go as he approaches his peak years.