United travelled to the South Coast to face-off against Southampton where they found themselves 2-0 down at half-time.

The elite forward flipped the game on it’s head after his 45-minutes saw him set Fernandes up before bagging a brace of headers himself.

No changes expected for Klopp’s side – Liverpool predicted line up against Wolves
Lukaku, James and Jorginho back in while there’s no room for Havertz – Chelsea predicted starting line up against West Ham
Video: ‘Much better’ – Pep Guardiola happy that only Ferran Torres misses out for Man City this weekend

In light of yesterday’s stunning performance, Fernandes has been quick to send a message to Cavani, his message directly translate to: “Congratulations Matador.” 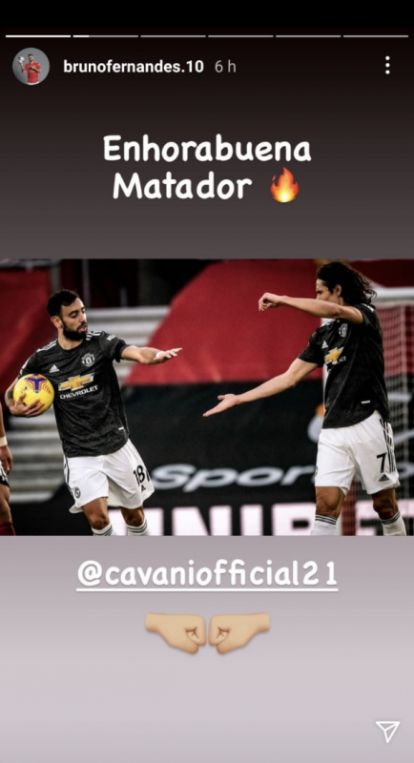