Former Manchester United midfielder Luke Chadwick has heaped praise on summer signing Edinson Cavani after his tremendous impact in the win over Southampton at the weekend.

The Uruguay international joined Man Utd on a free transfer from Paris Saint-Germain in the summer in what looked like a slightly desperate move by the club at the last minute.

However, Cavani was immense as he came on as a second-half substitute for United against Southampton on Sunday, scoring twice and setting up a goal for Bruno Fernandes as the Red Devils came from 2-0 down to win 3-2 at the St Mary’s Stadium.

MORE: “He scored plenty of big goals for PSG but he sure does miss a ton!” – Man United warned over Edinson Cavani

Chadwick admits he was initially unsure about the Cavani signing, and that other top teams might also now be regretting not taking a chance on him when he was available on a free.

It seems surprising with hindsight that United didn’t seem to face more competition for the 33-year-old, but Chadwick suspects his age counted against him on that front.

“I think obviously Cavani coming on made a huge difference in terms of the two goals and an assist,” Chadwick told CaughtOffside. “I think his movement was brilliant around the box. United started the game well and were by far the better team for the first 20-25 minutes but just lacked that cutting edge in front of goal, but Cavani completely turned the game on its head in the second half. 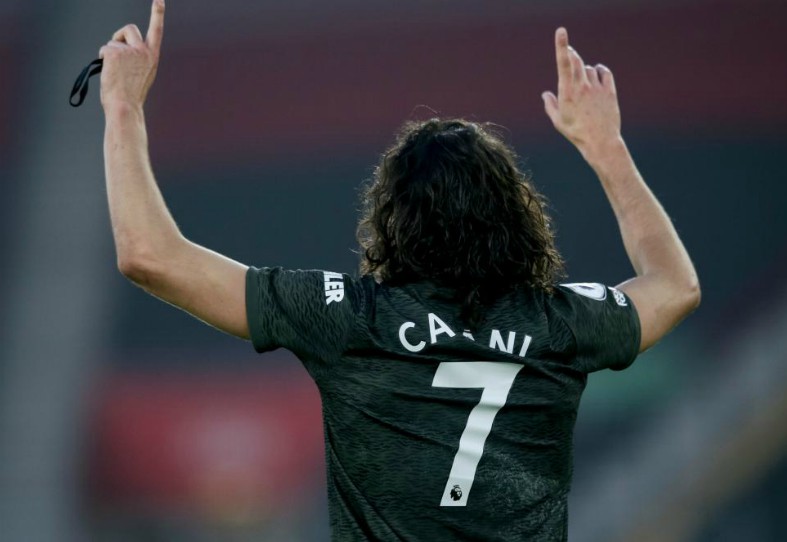 “I’m sure after seeing his performance on Sunday a lot of teams will be regretting not signing him, but when you get to a certain age it does count against you a little bit.

“He seems to fit into just what United need at this moment in time in terms of a real penalty box predator. I wasn’t 100% convinced when they first signed him in terms of what he still has to offer, but he looks in incredible physical shape and his movement – you don’t lose that, that movement he’s had over the years that’s made him a world class goal-scorer.

“Although he set up the Bruno Fernandes goal with a lovely cross, you don’t see a huge amount of him outside the box, all he’s interested in his getting in that box, getting across the front post and that’s something United haven’t had for many a year now – a really natural goal-scorer.”

Cavani has three goals in eight games for United so far this season despite barely starting any matches, and fans will no doubt be excited to see if he can continue this tremendous impact for Ole Gunnar Solskjaer’s side.