A report outlining the finer details of midfielder Bruno Fernandes’ switch from Sporting Lisbon to Manchester United has emerged.

Fernandes, 26, joined United from Sporting in January for a fee of £49.5m, as per Transfermarkt.

Since his arrival at Old Trafford less than 12-months ago, the Portuguese attacker has grown to become one of the country’s brightest talents.

Having featured in 37 matches so far for United, Fernandes has already been directly involved in a hugely impressive 35 goals in all competitions. 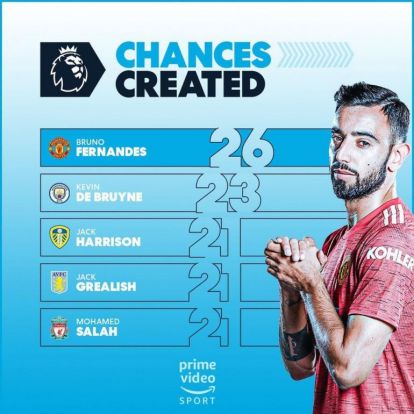 In light of Fernandes’ continued inspired performances, an interesting report has recently emerged which details the finances involved in the 26-year-old’s switch from Sporting.

According to a written report from Portuguese outlet Correio da Manhã (via Sports Witness), United have recently paid another £2.7m to Sporting based on their successful qualification into this season’s Champions League.

However, the outlet also claim that from that £2.7m, just over £690,000 went directly to Fernandes’ agent, Miguel Pinho who owns Portuguese based agency MRP. PositionNumber.

It is understood that from the initial £49.5m agreed between the two clubs, so far, United have paid £37.1m (excluding their most recent £2.7m add-on).

The report finishes by stating that Sporting are expecting to receive another £4.5m in light of Fernandes’ 25th club appearance, however, confirmation that this sum has now been paid will not be revealed until the Portuguese side release their next financial report.