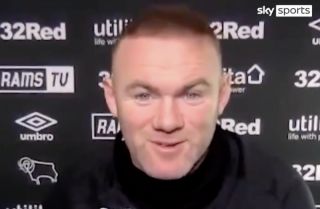 Manchester United legend, Wayne Rooney, has revealed how he has sounded out the expertise of legendary boss Sir Alex Ferguson as the former Premier League striker embarks on a mission to guide Derby County back to the big-time.

Rooney, 35, is currently acting as Derby’s interim manager whilst still being a professional player on the Rams’ books.

Having become a Premier League legend after being United’s all-time top goalscorer, Rooney has now turned his hand to management.

Video: 10 years since Wayne Rooney scored one of the best Premier League goals ever for Man United

Speaking in a recent press conference, the United great has lifted the lid on how he has asked Sir Alex Ferguson for advice.

Wayne Rooney has been on the phone to some of his former managers seeking advice in his new role at Derby pic.twitter.com/hhMXn0Rh7v