In the midst of a whirlwind of criticism, FIFA president Gianni Infantino has confirmed that leagues do hold the right to scrap VAR if they think it necessary.

We’re tired of hearing about VAR, in truth.

We want to be talking about football, the good, the bad and the ugly, but not the misuse of technology which is costing our beloved teams points and ultimately us our enjoyment of the game we love so much.

MORE: FIFA president speaks out on VAR and implementation amid calls for technology to be scrapped

Whatever you think about VAR, whether you think that it’s being used wrong but ultimately will prove to be a good thing, or you want it deleted from history, it’s safe to assume that you are not currently enjoying the way that officials are operating around it at current.

As reported by the BBC, both Jordan Henderson and Jack Grealish have called for it to be scrapped in it’s entirety – and they’re likely not the only two in the country who want that outcome.

As unlikely as it seems, FIFA president Gianni Infantino has been quoted by the BBC confirming that individual leagues do hold the right to scrap VAR and opt out of using it if they so wish:

“VAR is not an obligation, it’s there to help. Those who don’t want to use it, they are not obliged to use it.”

Whether the Premier League, or any other league for that matter, will choose to do so, remains to be seen.

FIFA president speaks out on VAR and implementation amid calls for technology to be scrapped Dec 4 2020, 22:40
Liverpool FC

Barcelona’s Lionel Messi could miss the first El Clasico of the season because of this reason Sep 17 2020, 21:25
Real Madrid CF 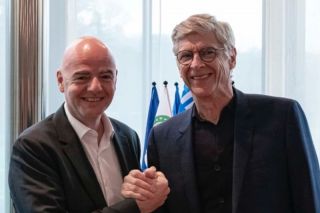