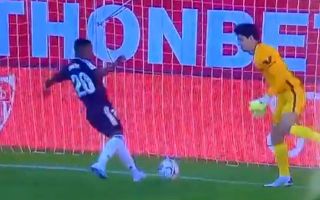 Vinicius Junior might have produced the miss of the season during Real Madrid’s clash with Sevilla this afternoon. It was absolutely horrendous.

As reported by ESPN, Karim Benzema was caught on camera telling his Los Blancos teammate Ferland Mendy not to pass to Vinicius at half-time of their pivotal Champions League clash with Borussia Monchengladbach.

While that’s an incredibly slippery and unkind thing to do from the Frenchman, and not in the best interests of the team, so you’d think, this miss from Vinicius this afternoon might suggest differently.

How on God’s green Earth has he missed from there? Not only the goal, but the ball?

Vinicius just needed to make some contact – any contact – and the ball’s nestling in the back of the net, but he’s swiped at it and missed it in it’s entirety. Absolutely remarkable.

While Benzema will no doubt have been frustrated to see him miss from point-blank range, he might have managed a chuckle after seeing it play out. Maybe he was right after all. 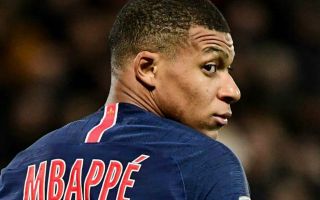