A Manchester United fan named Tom who holds the popular @utdcynical account tweeted ‘Augsburg is Xhaka’s level’, which gathered enough attention to get an official response from the Bundesliga side.

Augsburg, who sit 10th in the Bundesliga after playing nine games, quote tweeted Tom’s post with a brutal ‘Respect us’ followed by a full stop.

At the time of writing, the German outfit’s viral tweet has picked up 35,000 likes. United fans will absolutely love that it was one of their own that assisted this trolling of the ace. 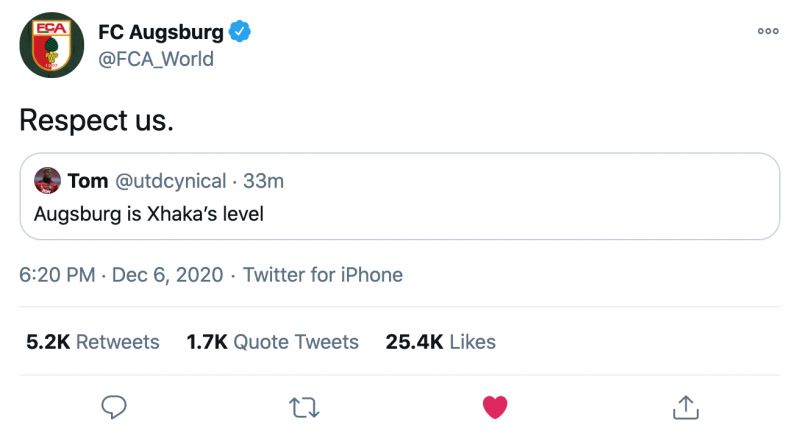 Xhaka really had a performance to forget, his most notable moment was a hilarious foul on Harry Kane just a minute into the tie which unfortunately says it all.

The central midfielder was also questioned by Sky Sports pundit Graeme Souness for his role in Spurs’ second goal, which came at halftime thanks to Kane finishing off a counter-attack.