West Ham midfielder Declan Rice has responded to claims that the club’s fans booed players taking a knee before the 3-1 defeat to Manchester United.

A number of Twitter users have slammed West Ham supporters for seeming to boo the anti-racism gesture, similarly to the ugly scenes we saw in the game between Millwall and Derby County.

Rice, however, insists he didn’t hear the home crowed of his club doing the same thing… 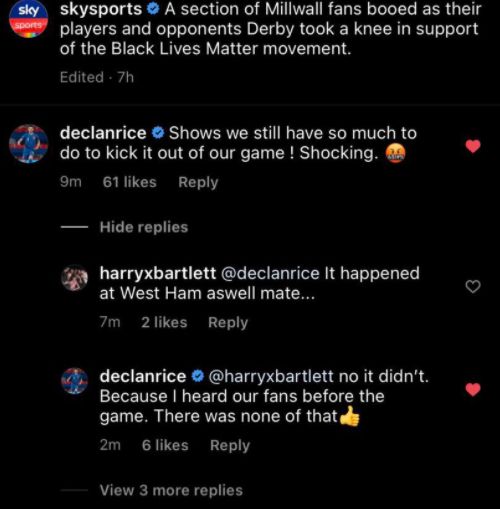 Any footage doing the rounds on social media seems inconclusive, so it might be that Rice is correct.

Still, some will no doubt question the England international for perhaps criticising others when he should be taking a look at fans of his own team.