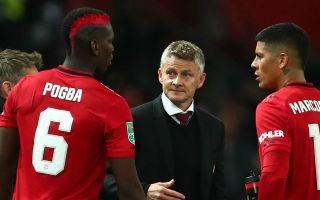 Jamie Jackson of the Guardian has suggested that Manchester United manager Ole Gunnar Solskjaer expected trouble regarding Paul Pogba, which is why he signed Donny van de Beek in the summer.

The Red Devils have been rocked by claims from Pogba’s agent Mino Raiola, who yesterday announced that his client’s career at Old Trafford is over.

See below for Raiola’s comments to Tuttosport in an upcoming interview, with some key lines already tweeted out by Fabrizio Romano…

United may have raised some eyebrows in the summer with a move for Van de Beek when they already had Pogba and Bruno Fernandes as options in that position.

This Pogba soap opera is why Van de Beek was bought and was a smart bit of business from Solskjaer: knew this kind of thing was coming down the track from Raiola…

Van de Beek hasn’t always been a regular for the Red Devils so far this season, but he looks a fine player and can surely expect more playing time soon if Pogba does end up leaving.

Most United fans will not be too sad to see Pogba go, and it’s media drama like this that is part of the problem.

As well as that, the 27-year-old just hasn’t done enough on the pitch to justify all the circus off it.