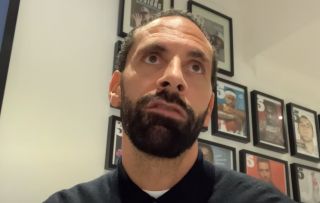 Manchester United legend Rio Ferdinand admits he has one concern about his former side at the moment despite their strong form, particularly on the road.

The Red Devils keep on coming from behind in a lot of their games at the moment, and Ferdinand admits it doesn’t bode well if they keep on finding themselves starting slowly and trailing…

Ferdinand is pleased, however, to see the tremendous impact of Bruno Fernandes once again as he changed the game against West Ham at the weekend.

United were 1-0 down at half time, but Fernandes came off the bench to help Ole Gunnar Solskjaer’s side to win 3-1 with a much-improved performance that almost sums up their season so far.