It’s been a dire start to the season for Arsenal, and the temptation to change managers for the second time in the space of a year will no doubt be increasingly tempting.

There’s no denying it – Mikel Arteta is not doing himself any favours at the moment, with the Gunners’ performances making them look like the lower-mid-table team they’ve become; there is not enough creativity in the team, none of that old Arsenal swagger, and their failure to make the most of the talents of an elite striker like Pierre-Emerick Aubameyang is criminal.

Still, it’s not immediately obvious that a change in manager will fix things either, such are the deep-rooted problems at the Emirates Stadium. Arteta, inexperienced coach that he is, may have his flaws, but we think he deserves time to continue building in these challenging circumstances.

He inherited a difficult job

Let’s not forget what a mess Arsenal were in when he took over, with Unai Emery’s results and performances this time last year also far from good enough.

It’s been clear for many years now that Arsenal were on the way down. Even if the end of Arsene Wenger’s reign now seems glorious by comparison, there can be no doubt the Frenchman was losing his grip on the side as they dropped out of the top four on his watch.

Arteta took on his first job in management at an extremely challenging time, and even a more experienced and proven winner would be struggling in this situation.

He instantly delivered a trophy

Despite all that, Arteta quickly led Arsenal to FA Cup glory, which was no mean feat considering he had to take on Manchester City in the semi-final and Chelsea in the final. This was no fluke, this was no fortuitous cup run against a string of weaker teams, this was a hugely impressive and deserved victory.

Those who now point to the league table will be the very same people who say football is all about winning trophies. Arteta has done that with a pretty poor side, and it surely shows what he’s capable of in management. 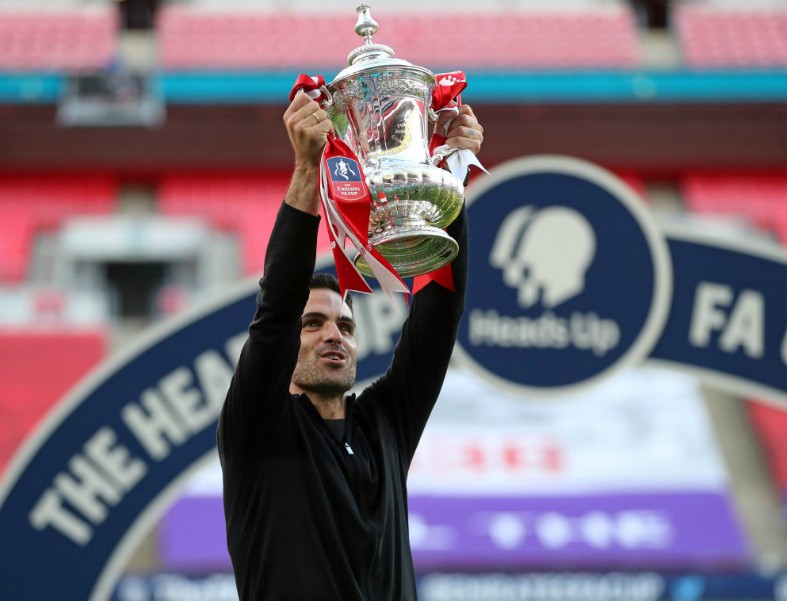