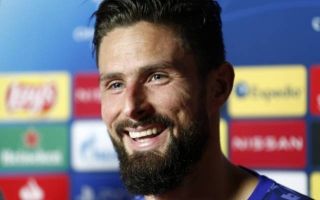 Olivier Giroud has successfully forced his way back into the Chelsea team – and reading these comments from five months ago, it’s a case of mission accomplished for the Frenchman.

Giroud was struggling for opportunities under Frank Lampard at the start of the season, despite having been one of the Blues star performers towards the end of the previous campaign.

Five months ago, though, Giroud revealed that he wasn’t going to become disheartened by the German’s arrival. Rather, he was going to work hard to prove his worth.

As Goal report in English, with the original interview being conducted by L’Equipe:

“Werner hasn’t been recruited to sit on the bench. But I will do everything I can to give headaches to the coach when it comes to making his choice.”

The rest is history.

Giroud netted a winner against Rennes before bagging FOUR away to Sevilla. He followed that up with a goal against Leeds United at the weekend.

Against all odds, he has forced his way into Lampard’s thinking and won a starting spot back in the Blues side. Hats off to Giroud – he’s one of a kind.