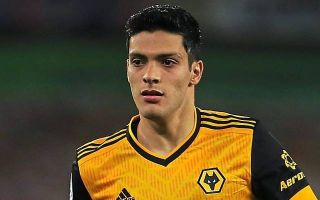 Wolves journalist Joe Edwards has provided a hugely positive update on the condition of Raul Jimenez, provided by the striker’s father.

As reported by Sky Sports at the time of the incident, Jimenez suffered a skull fracture in a nasty collision with Arsenal centre-back David Luiz at the Emirates.

Jimenez was forced to go under the knife to repair the damage. When a player leaves the field and requires urgent surgery on their head, the prognosis is hardly positive.

We’ve seen it before with Ryan Mason and Gary Cahill. The former was forced to call time on his football career. We were dearly hoping that Jimenez would not suffer the same fate.

It doesn’t appear as though he will. Joe Edwards, a Wolves dedicated journalist, sent out the below tweet including comments from the Mexican’s father – and it’s good news.

“Thanks to Raul’s strength, he’s coming forward. What they told us is that he won’t have any consequences and that it’s all a matter of time before he starts with physical rehabilitation.” #wwfc

Though we imagine it will be some time before we see Jimenez return to action, as long as he does, that’s all that matters. Get well soon, Raul!