Former Manchester United ace Wes Brown has named his preferred midfield three at the club at the moment – and it doesn’t include Paul Pogba.

The ex-Red Devil believes Ole Gunnar Solskjaer should line up with a midfield three of Fred, Donny van de Beek and Bruno Fernandes, with Scott McTominay coming in in games where they need have more defensive cover in that area of the pitch.

United fans would surely agree that Van de Beek needs to be playing more after a promising start so far despite his limited opportunities to start matches.

Leaving Pogba out is controversial, however, but Brown added that he can’t see the France international staying at Old Trafford long-term.

We have never really seen the best of Pogba in a United shirt, and Brown now admits it doesn’t look like he’s going to be playing regularly, with a midfield of Fred, Van de Beek and Fernandes surely the better option.

Brown, speaking exclusively to Ladbrokes at its launch of the 5-A-Side Bet on Man United v Man City, said: “Fred has been brilliant this season. He does what I call the ‘dirty work’. He gets the ball back a lot so he has to be playing. 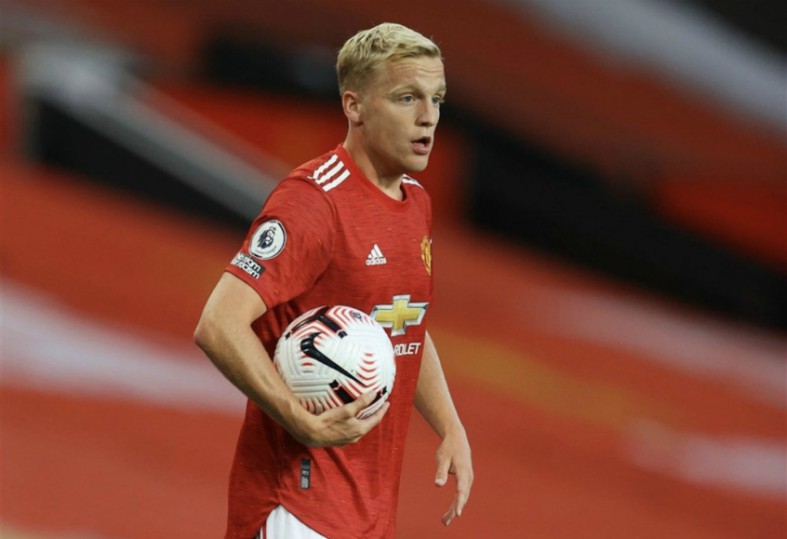 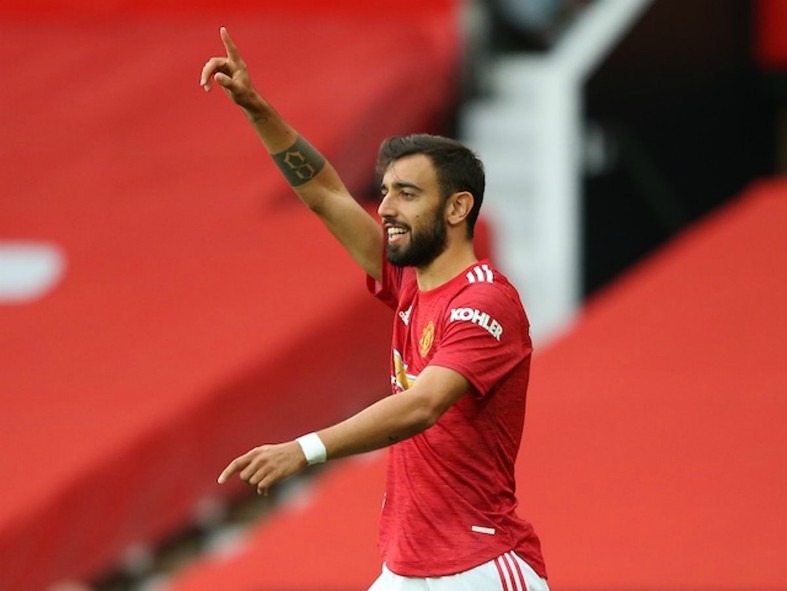 Bruno Fernandes has been superb since joining Manchester United

“The other two for me, I’ve got to say, would be Donny Van de Beek and Bruno Fernandes. I loved it when those two played together. They were playing some really nice stuff, always looking forward and trying to make opportunities. I think sometimes when you’ve got a team who will look to sit back, they’re the two you want playing just in front of Fred who’ll clear things up.

“When you’re up against a more difficult side you’ll probably want to drop Van de Beek and bring in Scott McTominay alongside Fred and have your focus on keeping things a little bit tighter and more compact in the middle.”

Paul Pogba’s Manchester United future could be in doubt

“But going forward, is he going to be at Man United for the next five or six years? Probably not. Sometimes it just doesn’t work out. It’s just one of those situations. There’s been many of them in the past, and I’m sure there’ll be many in the future as well. If Paul does leave he’ll get a big club, because he’s a big player. Everyone knows that.

“He’s still a Man United player at the moment and we definitely still need him this season. But is he going to play every game? I’m just not sure he is.

“When he plays well, United are a better team with him in the starting line-up. He’s got it all. But it’s just not worked, he’s just not managed to fit into the team in the way we would’ve expected, but at the same time he has played some good games this season.”