The Red Devils are struggling at the moment after a 3-2 defeat away to RB Leipzig last night saw them crash out of the Champions League at the group stages.

That’s simply not good enough for a club like United, who have gone majorly downhill since the retirement of Sir Alex Ferguson at the end of the 2012/13 season.

Brown, however, believes two signings could do his former side the world of good, with Borussia Dortmund winger Sancho and Aston Villa attacking midfielder Grealish named as his preferred targets.

The former Man Utd defender admits he thought Ole Gunnar Solskjaer would get those players in in the summer, but it never worked out, and he is still keen to see them at Old Trafford.

Brown says he’d perhaps lean towards Sancho due to him being the younger player, but he also had high praise for Grealish, who he says really looks the part as a potential United player. 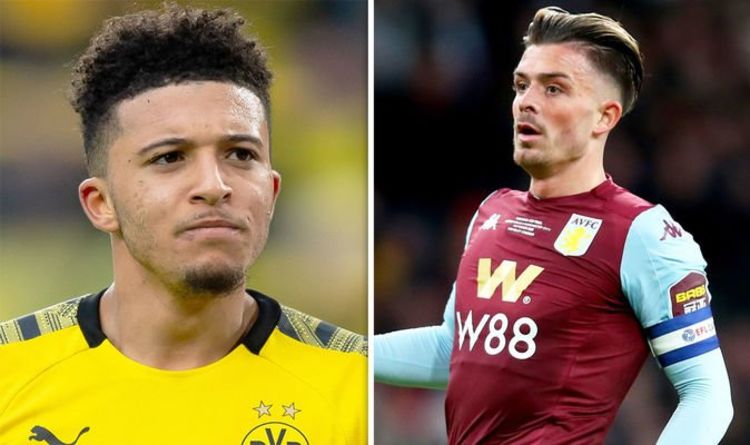 Brown, speaking exclusively to Ladbrokes at its launch of the 5-A-Side Bet on Man United v Man City, said: “I thought at one point in the summer that Jadon Sancho, Jack Grealish and James Maddison were all coming to United.

“I was hoping at least one of Sancho or Grealish would join. I couldn’t tell you what goes on in negotiations but for whatever reason neither happened in the end. That means you’ve just got to deal with the players you have got.

“They’re two young lads who have got so much ability and have done really well for their individual teams; they’re exactly the sort of players a club like Man United should be looking to add to their squad.

“If I was pressed, I’d probably lean more towards Sancho than Grealish just because of his age.

“But I’m telling you, Grealish, for me, is one special individual. I’m not going to say he carries Aston Villa but he takes a lot of the responsibilities on his shoulders. He’s got so much ability, and he’s always looking to make things happen. He had his doubters who questioned whether or not he’d be able to do it in the Premier League but he’s been brilliant, and he’s made the England squad already this season. He’s a different sort of player.

“The way he carries himself on the pitch, he’s got his socks pulled right down; I love it. He’s got his own identity. He’s just one of those players that you hate playing against. You might think you’ve had a good game against him and then he just pulls something magical off.

“That’s everything a Man United player should have.”