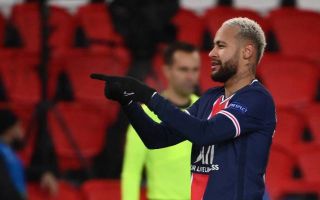 After scoring a brilliant hat-trick against Istanbul Basaksehir, PSG superstar Neymar suggested that he wants to stay at the Parc des Princes.

Neymar was on top form during the suspended clash with Basaksehir, scoring a hat-trick which included two phenomenal solo goals. When he’s playing at that level, he’s one of the best around.

It’s for that reason that the PSG hierarchy will be glad to hear there’s plenty more of those performances to come in Paris, or so Neymar has suggested post-match.

Have a look at these comments shared by GFFN, which appear to be Neymar inviting the club’s chiefs to the table.

Neymar declares desire to stay at PSG, hints at wanting to extend his contract:

“The idea of leaving has not popped into my head. We need to talk, we have a good relationship, I am very happy and we will see what will happen in the future.” https://t.co/knqT8DJJEm

Whether it’s a matter of money for further demonstration of ambition in the transfer market remains to be seen, but Neymar doesn’t appear to be in any rush to leave PSG.

Considering L’Equipe believe he earns upwards of half a million a week, it’s no surprise that he has no complaints. Although, football’s not all about the cash – or so some will tell you.