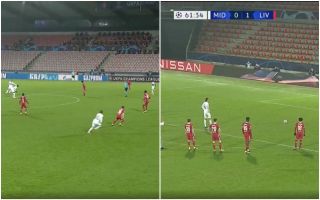 Liverpool have found themselves on the wrong end of a tight VAR call in tonight’s final Champions League Group Stage tie against FC Midtjylland.

In the 58th minute of the tie, centre-back Alexander Scholz did his best Virgil van Dijk impression with an amazing ball over the top which Anders Dreyer latched on to.

After Dreyer had beaten Leighton Clarkson, whose acting as a makeshift left-back right now, the attacker lobbed the ball over Caoimhin Kelleher, before being taken down by the stopper.

The linesman initially flagged Dreyer as offside before he was clattered by Kelleher, but the referee went over to the pitch-side monitor to assess the incident before pointing to the spot.

Weirdly, the referee reviewed the foul incident but there was no look from VAR on the offside call, as we usually see the lines being brought out on our screens, but not in this instance.

The official may have looked at the offside moment on the monitor whilst broadcasters showed a replay of the incident, but it’s not clear how exactly the outcome was reached at this moment.

To make the moment even more extraordinary, Scholz, yes the centre-back, stepped up and tucked the penalty into the back of the net with a tidy strike. 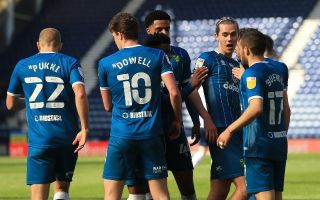 Hats off to the referee for making the right call after taking a closer look against one of the biggest clubs in the world. 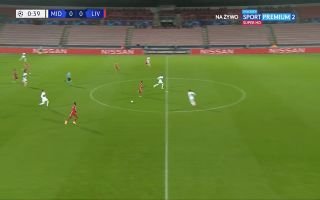 Video: Lightning-fast Mohamed Salah was too quick for the ball in chance 15 seconds before record-breaking goal for Liverpool vs Midtjylland December 9, 2020 22:34
Liverpool FC 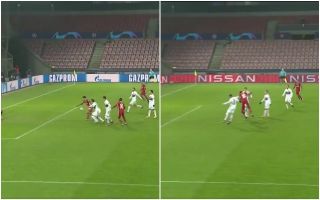