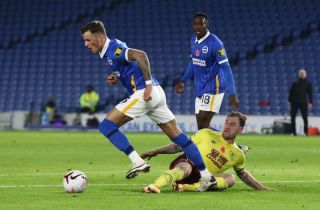 Manchester United are reportedly huge admirers of Brighton and Hove Albion defender Ben White, and could be lining up a 2021 transfer.

After climbing his way through the Seagull’s ranks, White found himself loaned out to Newport County, Peterborough United and more recently, Leeds United.

Since teaming back up with his parent club at the end of last season, White has been retained and gifted a regular first-team place under manager Graham Potter.

White has already featured in 16 matches in all competitions for Brighton’s senior first-team, so far in the new 2020-21 campaign.

However, despite finally breaking into his side’s first-team plans, the young English defender could be set for a shock transfer away from the South Coast.

According to a recent report from Manchester Evening News, Ole Gunnar Solskjaer’s United are long-standing admirers of the Brighton defender and could be eyeing a 2021 deal.

MEN’s report goes on to claim that should United back their interest in White up with an official approach, they may face competition from the likes of Leeds United and arch-rivals Liverpool.

However, in stark contrast to MEN’s report, Stretty News report that United are not tracking the 23-year-old and have absolutely no interest in landing the centre-back.

Stretty News claim that the current noise surrounding White is nothing more than ‘agent talk’ in an attempt to drum up interest and force through a move. 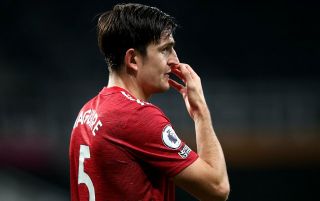