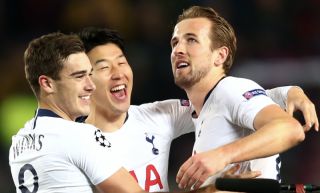 Former Manchester United defender Rio Ferdinand has hailed Tottenham Hotspur attacker Son Heung-min and has picked the forward as one of his three ‘dream’ United signings.

Son, 28, joined Spurs from Bayer Leverkusen in 2015 in a deal that cost the London club £27m, as per Transfermarkt.

Since his arrival in England’s top-flight, the talented South Korean has featured in 246 matches and has been directly involved in a remarkable 151 goals in all competitions.

The talented forward’s latest goalscoring heroics came last weekend when his stunning effort put his side 1-0 up in the world-famous North London Derby.

Speaking recently on his official ‘FIVE‘ YouTube channel, former United defender Ferdinand has selected Son has one of his ‘dream’ United signings.