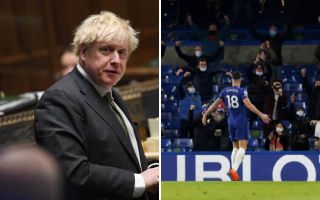 According to Sky News, an MP has revealed that the decision to move London into tier 3 “is pretty much made” – which would have more negative consequences for football.

Some Premier League sides have been fortunate enough to welcome fans back into the stadiums in recent weeks, with lockdown restrictions in certain areas of the country being eased since the start of December.

However, all five Premier League clubs based in London – Chelsea, Arsenal, Tottenham West Ham and Crystal Palace – look as though they will soon be returning to playing behind closed doors.

Sky News report that London moving into tier 3 is now a foregone conclusion, as has been confirmed by an MP, with official clarification on the situation expected this week.

The report notes that London now has the most cases per 100,000 people anywhere in the country, which looks set to force the government’s hand.

It’s bad news for football fans, who have only recently had the opportunity to go and see their teams play for the first time since March, but it’s no surprise.