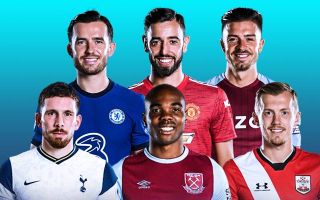 In a surprise to absolutely nobody, Manchester United midfielder Bruno Fernandes has been named player of the month, as the Premier League have revealed.

Fernandes has arguably been the player of the season so far, following on from the stellar second-half to the campaign he enjoyed with the Red Devils last term.

After scoring four goals and providing an assist in a relatively successful month for Manchester United, Fernandes has been named Premier League player of the month.

Introducing your @EASPORTSFIFA Player of the Month for November…

Better luck next time, lads, although you get the feeling Bruno will be in the running again in December!