It’s still amazing to think that this rivalry was fairly one sided for years with Man United having the superior squad, although City were always good for causing an upset.

Times have completely changed with City amassing a squad full of talented players who play together in a system that suits them, while United are still going with the scattergun approach to transfers as they figure out what kind of team they want to be.

It means a combined XI between the two sides will always be heavily weighted towards City, and it’s hard to argue against: 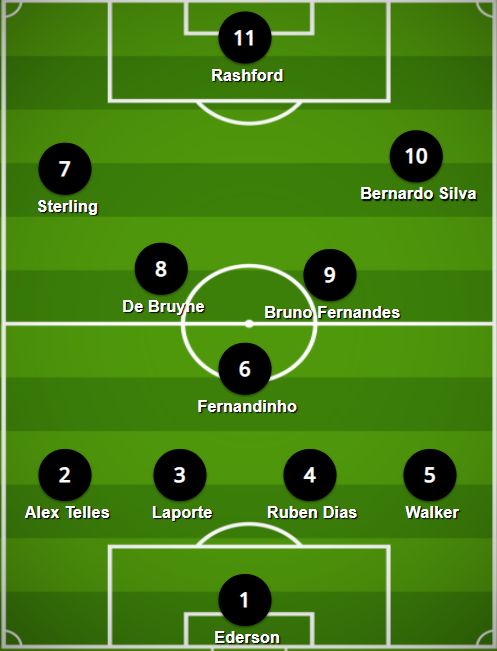 The defence is the weakest point of both teams, but there’s no argument for putting de Gea in ahead of Ederson just now, while Alex Telles is the only one who would make it into the back four.

There’s an argument to be made that Telles and Dias are still relatively new so they haven’t had time to show their flaws on a regular basis yet, but Guardiola has never managed to solve City’s left back issue so the Brazilian is the best player in that position.

Bruno Fernandes is the clear stand-out and would probably get into most teams in world football so he’s the obvious conclusion, while it is a toss up between Rashford and Aguero so it could easily only be two United players making the cut.

It demonstrates that Ole Gunnar Solskjaer will need a proper team performance to get anything out of the game tomorrow evening, but he usually manages to get a result when he’s under a bit of pressure.