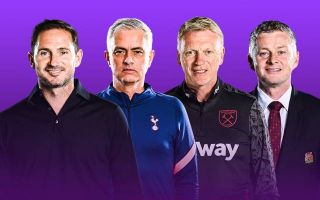 Tottenham manager Jose Mourinho has taken to Instagram to confirm he has been named Premier League manager of the month.

Before he landed on the social media platform, few would have thought that having Mourinho on Instagram would be such a game-changer, but the Spurs boss’ content to date has been nothing short of phenomenal.

He’s clearly found adequate time to post on his account and focus on coaching, too, with Tottenham top of the Premier League and one of the favourites to win the title.

Spurs find themselves top of the pile after winning 10 points out of a possible 12 in November, including an impressive 2-0 victory over Manchester City and the only draw being away to fellow title challengers Chelsea.

Mourinho has now been rewarded for his efforts, revealing via his Instagram account that he has been named manager of the month. He might have let the cat out the bag prematurely here, with the Premier League yet to officially announce it themselves!