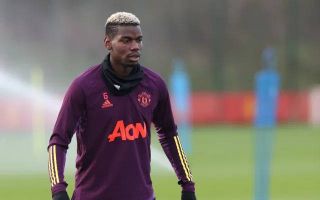 There could be a reunion on the cards between Paul Pogba and Juventus, if Goal‘s reporters in Italy are to be believed.

As the report notes, Pogba’s agent, Mino Raiola, has ruffled a fair few feathers across the football world by revealing that his client is less than content with life as a Manchester United player.

When a player of Pogba’s stature becomes available, irrespective of his performances in recent years, it’s no surprise to see any of Europe’s top clubs take notice.

Juventus are right in that bracket, and of course provided the platform for Pogba to launch himself as a professional after his initial departure from Man United.

Goal believe that Juventus would be in the running if Pogba became available, even as soon as the January transfer window, if circumstances played out that way.

It’s unlikely that Man United would want to lose Pogba, who remains a key figure in the squad, midway through the season, but stranger things have happened.

When Raiola’s around, there’s always a possibility. He’s made a career out of doing it the hard way.